The mind can only see what it is prepared to see.
Edward de Bono

This animated Yarbus' figure is taken from
the page of Dr.Albert Fuchs (U. Washington)

During visual perception and recognition, human eyes move and successively fixate at the most informative parts of the image (Yarbus 1967, see illustrations above and on the right.). The eyes actively perform problem-oriented selection and processing of information from the visible world under the control of visual attention (Burt 1988; Julesz 1975; Neisser 1967; Noton and Stark 1971; Triesman and Gedal 1980, Yarbus 1967). Consequently, visual perception and recognition may be considered as behavioral processes, and probably cannot be completely understood in limited frames of neural computations without taking into account behavioral and cognitive aspects of these processes.

From the behavioral point of view, an internal representation (model) of new circumstances is formed in the brain during conscious observation and active examination. The active examination is aimed toward the finding and memorizing of functional relationships between the applied actions and the resulting changes in sensory information. An external object becomes "known" and may be recognized when the system is able to subconsciously manipulate the object and to predict the object's reactions to the applied actions. According to this paradigm, the internal object representation contains chains of alternating traces in "motor" and "sensory" memories. Each of these chains reflects an alternating sequence of elementary motor actions and sensory (proprioceptive and external) signals which are expected to arrive in response to each action. The brain uses these chains as "behavioral programs" in subconscious "behavioral recognition" when the object is (or is assumed) known. This "behavioral recognition" has two basic stages: (i) conscious selection of the appropriate behavioral program (when the system accepts a hypothesis about the object), and (ii) subconscious execution of the program. Matching the expected (predicted) sensory signals to the actual sensory signals, arriving after each motor action, is an essential operation in the program execution.

The above behavioral paradigm was formulated and developed in the context of visual perception and recognition in a series of significant works (Yarbus, 1967; Noton & Stark, 1971; Didday & Arbib, 1975; Kosslyn et al., 1990; Rimey and Brown, 1991). Using Yarbus' approach, Noton and Stark (1971) compared the individual scanpaths of human eye movements in two phases: during image memorizing, and during the subsequent recognition of the same image. They found these scanpaths to be topologically similar and suggested that each object is memorized and stored in memory as an alternating sequence of object features and eye movements required to reach the next feature. The results of Noton and Stark (1971) and Didday and Arbib (1975) prompted the consideration of eye movement scanpaths as behavioral programs for recognition. The process of recognition was supposed to consist of an alternating sequence of eye movements (recalled from the motor memory and directed by attention) and verifications of the expected image fragments (recalled from the sensory memory).

Ungerleider and Mishkin (1982), Mishkin, Ungerleider and Macko (1983), Van Essen (1985), and Kosslyn et al. (1990) presented neuro-anatomical and psychological data complementary to the above behavioral concept. It was found that the higher levels of the visual system contain two major pathways for visual processing called "where" and "what" pathways. The "where" pathway leads dorsally to the parietal cortex and is involved in processing and representing spatial information (spatial locations and relationships). The "what" pathway leads ventrally to the inferior temporal cortex and deals with processing and representing object features.

Our approach is based on the above behavioral, psychological and anatomical concepts. We propose that invariant object recognition in human vision is provided by the following:

(i) separated processing and representation of "what" (object features) and "where" (spatial features: elementary eye movements) information at the high levels of the visual system;

(iii) testing a hypothesis formed at single fixation during a series of consequent fixations under top-down control of attention;

(iv) mechanisms of visual attention that use "where" information stored in the memory to direct sequential image processing (hypothesis testing);

(v) mechanisms which provide matching the current object features to the expected features ( "what" information stored in the memory) at each fixation.

A functional diagram of the model is shown in Figure 1 (see below). The attention window (AW) performs a primary transformation of the image into a "retinal image" at the fixation point. The primary transformation provides a decrease in resolution of the retinal image from the center to the periphery of the AW that simulates the decrease in resolution from the fovea to the retinal periphery in the cortical map of the retina. (An example of the "retinal image" is shown in

The retinal image in the AW is used as input to the module for primary feature detection which performs a function similar to the primary visual cortex. This module contains a set of neurons with orientationally selective receptive fields (ORF) tuned to different orientations of the local edge. Neurons with the ORF, centered at the same point but with different orientation tuning, interact competitively due to strong reciprocal inhibitory interconnections. The orientation tuning of the "winning neuron" encodes the edge orientation at each point. In each fixation (AW position), the module for primary feature detection extracts a set of edges. This set includes a "basic" edge located at the fixation point (center of AW) and several "context" edges located at specific positions in the retinal image. Thus, the module for primary feature encoding represents the image fragment at the current fixation point by the set of oriented edges extracted with resolution decreased to the periphery of AW. (An example is shown in Figure 3).

The modules described above form a low-level subsystem of the model. The next module performs a mid-level processing. It transforms the set of primary features into the invariant second-order features using a coordinate system (frame of reference) attached to the basic edge in the center of the AW and oriented along the brightness gradient of the basic edge. The relative orientations and relative angular locations of the context edges with respect to the basic edge are considered as invariant second-order features.

Fig. 1 Schematic of the model.

The performance of the high-level subsystem and the entire model may be considered in three different modes: memorizing, search, and recognition.

(Click on Figure 5 to see an example of the scanpath of viewing during the memorizing mode). As a result of the memorizing mode, the whole sequence of retinal images is stored in the "what" structure (sensory memory), and the sequence of AW movements is stored in the "where" structure (motor memory). These two types of elementary "memory traces" alternate in a chain which is considered as a "behavioral recognition program" for the memorized image.

In the recognition mode, the behavioral program is executed by consecutive shifts of the AW (controlled by the AW controller using data recalled from the motor memory) and consecutive verification of the expected retinal images recalled from the sensory memory. The scanpath of viewing in the recognition mode reproduces sequentially the scanpath of viewing in the memorizing mode. If a series of successful matches occurs, the object is recognized, otherwise the model returns to the search mode. 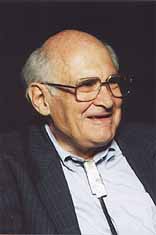 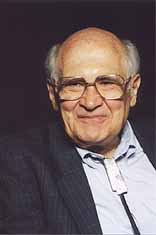 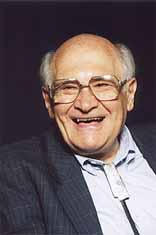 In memory of Professor Lawrence Stark